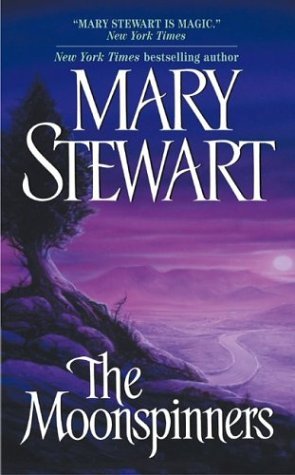 find this in our catalog
Young, beautiful, and adventurous Nicola Ferris loves her life as a secretary at the British Embassy on the lush island of Crete. Then on her day off, she links up with two hiking companions who have inadvertently stumbled upon a scene of blood vengeance. And suddenly the life Nicola adores is in danger of coming to an abrupt, brutal, and terrifying end…

Vivian rated it ★★★ and said, “A vacation to a remote village in Crete turns suddenly to adventure for young Nicola, a British Embassy employee, when she encounters a man who has been shot. She becomes embroiled in an international theft conspiracy through her efforts to assist in a search for the injured man’s younger brother who has been abducted. The writing is evocatively descriptive and the story’s suspense builds to a white knuckle climax. Intermixed with all this is a hint of romance and a sense of “being there” that will be most satisfying to the ‘armchair traveler.’ This was made into a film starring Hayley Mills in 1964.”

Cathy rated it ★★★ and said, “My first reaction after completing Stewart’s novel was, ‘How on earth could anyone at Disney think this was a good story for children?’ The answer of course was that it isn’t, so they made up another one in the same general setting and kept the title, made up different characters, but kept some of the names. Oh my… That being said, I really enjoyed my first taste of Mary Stewart. There was a good balance between humor and suspense. What I liked most was her sense of place. She’s really able to create a world and make you feel a part of it.”