“A Slippery Investigation” by William Isle 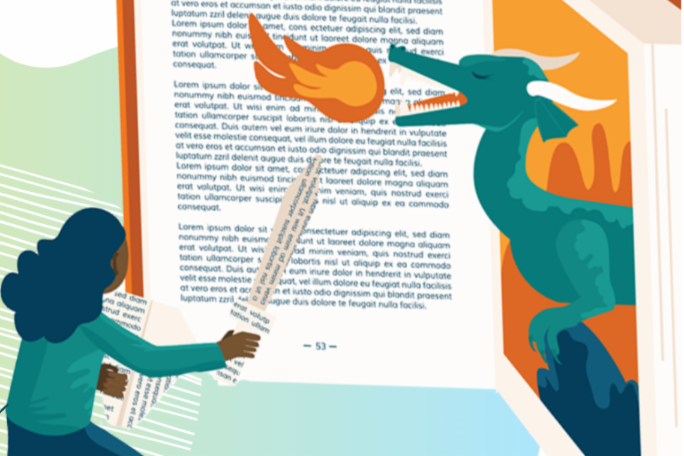 It was hot. Blistering hot. The kind of heat that makes the air all wiggly and your pits all sweaty. Especially in my office. The windows don’t open for some reason. I don’t pay rent, though, so I guess I kind of deserve it. But I’m getting off topic.

It was on this hot-as-Helena day that he walked in. Charles Prince. The richest billionaire in the city. Probably the world, too, but I wouldn’t know either way. He walked in, still in his tuxedo from whatever highbrow party he threw most recently. “I need your help, Mr. Parker,” he said. The guy sounded frantic, like his life depended on me.

“What do you need,” I asked, “Some chump run off with one of your gold watches?”

“They told me you were the best in the business.”

Prince explained how they met at the charity ball he threw the week before. They “danced for hours and hours and hours” as he put it, and at the end of the night, he had asked this girl to marry him. She accepted, then promptly ran off once she noticed the clock. He hadn’t seen her since.

Now, I could overlook the fact that he had asked her to marry him after just one night, but there was one thing I couldn’t…

“What do you mean you don’t know what her name is?”

“It never came up,” Prince said. “It didn’t seem important at the time.”

“At every ball we hold a lottery. A random citizen gets chosen to come to the party. She won.”

“And you didn’t have a record of her name from that?”

“Alright, so you don’t know her name. What does she look like?”

“I don’t know. It was a masquerade ball.”

I was starting to lose my cool at this point. “Well what in the name of Mike do you have?” I shouted. Prince jumped back in alarm. Then he pulled something out of his jacket pocket. A shoe.

“This was all she left behind,” he told me.

I examined it. “The only thing?” I asked. Prince nodded. I smiled. “Well, it looks like we have ourselves a mystery!”

The shop name on the inner sole of the shoe was mostly worn off, but there was just enough to get a location. It was an average looking shoe shop just off of 32nd. Neat trim, friendly staff, the works. At about 3 in the afternoon, Prince and I walked into the shop, hoping to find our girl. We didn’t.

“What do you mean you don’t know who bought the shoe?” I asked the man at the desk. “Don’t you keep tabs on this sort of thing?”

“Well, of course we do,” the man said. “It’s just that this specific shoe is very common. We usually sell in bulk to restaurants and diners. That sort of thing.”

I thought. There were dozens of restaurants in the neighborhood alone, not to mention the rest of the city. This would be nearly impossible, unless another clue turned up soon.

“The size of the shoe,” he mused. “It’s much smaller than almost any of the shoes I’ve seen in the store.”

“Well, then it would have had to be a specialty order,” Prince chimed in.

“Yes, must have been,” the clerk said.

“What was the last place to order a shoe of this size?” I asked.

The clerk went to his books. “Let me see,” he said. The man flipped through the pages for a bit. I was beginning to get impatient.

“Ah, here it is,” he said. “A little place called the Perrault Family Diner. Can’t say I’ve been there myself, but I’ve heard good things from friends.”

“Where is it?” Prince and I asked at the same time. The clerk looked in his book.

“Just a couple of blocks down,” he said. “The corner of 1st and 30th.” We were out the door quick as a bolt of thunder.

The Perrault was a nice enough place. Not anyplace special, but good enough to duck out of the rain and enjoy a nice cup of coffee with a side of solidarity. Prince and I found a booth next to the window and sat down. “How are we going to find her in this place?” Prince asked.

A waitress walked over to our table. Blonde. 21, 22, maybe. “What can I get for you gentlemen today?” she asked.

“Alright,” she said quickly. The waitress ran off to the kitchen.

“That was strange,” I remarked.

“You get used to it,” said Prince.

“My face is in the papers every other week,” he said. “Strangers often recognize me and get a little jumpy.”

“Including waitresses from downtown restaurants?”

“Especially them,” Prince said with a hint of ego in his voice. “I am the most eligible bachelor in the city.”

The waitress was back with our coffee. “Here you go,” she said. She set our cups down and walked away. This time, I noticed something. One of her shoes was a slightly different color. I tapped Prince on the shoulder. He looked up from his coffee. “I think I found your girl,” I said.

We stood up from our booth and walked to the counter. The hostess was standing there. Redhead. Mid-40s. “Can I help you boys?” she asked.

“In fact, you can,” I said. “I’m a private eye, and we’re looking for someone. One of your waitresses: blonde, early twenties, one shoe a different color from the other?”

“Hmm,” she said. “Let me see.” She wandered into the kitchen. Suspicious. Shouldn’t she know her own staff?

What followed wasn’t visible, but there was definitely some sort of kerfuffle in the kitchen. Arguing. Pots and pans. After a few awkward seconds, the hostess returned. “I’m sorry, gentlemen,” she said, “there seems to be no such person in this diner.”

“I don’t think so,” I said. “Something’s definitely athwack.” We pushed the hostess aside and walked into the kitchen.

“Excuse me, sirs,” she shouted, “you cannot just barge into my kitchen in my diner without my permission!”

We got to the back of the diner. The girl we were looking for wasn’t there. Nothing but a closet door to our right and a window to our left.

“See?” the hostess said. “The person you are looking for simply does not exist.”

“It seems you’re right,” I said as I opened the closet door. Inside was a blonde girl with one shoe of a different color. “Or maybe you’re wrong.”

“I’m sorry,” the girl said frantically. “I don’t think I’m the one you’re looking for.”

“Yes, you are,” I said. “And I can prove it. You’ve been working here for four, maybe five years. I would assume you’ve always wanted to see the city. Most do. So when you won the lottery for the ball, you took whatever dress and shoes you could find. But, you left something behind.”

Prince pulled out the shoe. “May I?” he asked. The girl took off the mismatched shoe and extended her foot. Prince knelt down and put the shoe on her. A perfect fit.

“I was afraid you’d think less of me if you knew who I really was. I didn’t want to take that chance.”

“I’ll never think any less of you.”

They kissed. It was sweet, I suppose, if you liked that sort of thing. But one thing still bothered me.

“Aren’t you going to introduce yourselves?” I asked impatiently. They separated their faces.

“Charles,” Prince replied. “Now, will you come with me? That is, if you still want to marry me.”

“Of course I do,” she replied. They were about to leave the diner arm in arm when I stopped them.

“Aren’t you forgetting something?” I asked Prince. He pulled my fee out of his pocket.

“Thank you so much, Mr. Parker,” Ella said. “You’re invited to the wedding, of course.”

“Don’t bother,” I said. “I’ll just take up unwanted space. Besides, I wouldn’t have anything to wear.”

We parted ways. The happy couple went on their way, and I went on mine. As far as I know, they’re satisfied. Me, I’ll never be satisfied. Not when there are still cases to solve and bills to avoid. But that’s the way life is.