This list of books goes along with our 2018 Adult Summer Reading program: “Libraries Rock!” 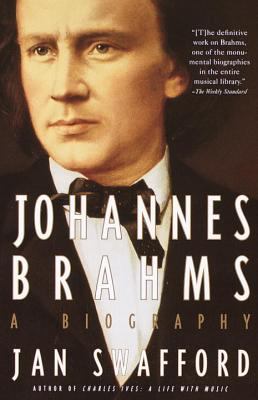 Judicious, compassionate, and full of insight into Brahms’s human complexity as well as his music, Johannes Brahms is an indispensable biography.

Proclaimed the new messiah of Romanticism by Robert Schumann when he was only twenty, Johannes Brahms dedicated himself to a long and extraordinarily productive career.  In this book, Jan Swafford sets out to reveal the little-known Brahms, the boy who grew up in mercantile Hamburg and played piano in beer halls among prostitutes and drunken sailors, the fiercely self-protective man who thwarted future biographers by burning papers, scores and notebooks late in his life.

Making unprecedented use of the remaining archival material, Swafford offers richly expanded perspectives on Brahms’s youth, on his difficult romantic life–particularly his longstanding relationship with Clara Schumann–and on his professional rivalry with Lizst and Wagner. 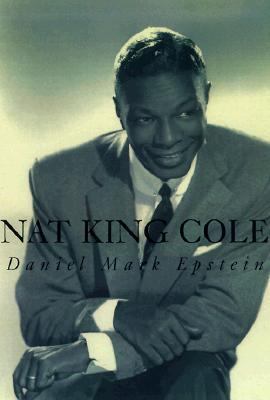 The first major biography of the great jazz pianist and singer, written with the full cooperation of his family.
When he died in 1965, at age forty-five, Nat King Cole was already a musical legend. As famous as Frank Sinatra, he had sold more records than anyone but Bing Crosby.

Written with the narrative pacing of a novel, this absorbing biography traces Cole’s rise to fame, from boy-wonder jazz genius to megastar in a racist society. Daniel Mark Epstein brings Cole and his times to vivid life: his precocious entrance onto the vibrant jazz scene of his hometown, Chicago; the creation of his trio and their rise to fame; the crossover success of such songs as “Straighten Up and Fly Right”; and his years as a pop singer and television star, the first African American to have his own show.

Epstein examines Cole’s insistence on changing society through his art rather than political activism, the romantic love story of Cole and Maria Ellington, and Cole’s famous and influential image of calm, poise, and elegance, which concealed the personal turmoil and anxiety that undermined his health. 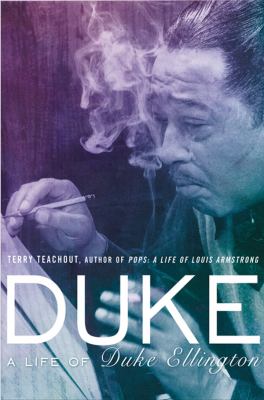 Duke: A Life of Duke Ellington by Terry Teachout

Edward Kennedy “Duke” Ellington was the greatest jazz composer of the twentieth century—and an impenetrably enigmatic personality whom no one, not even his closest friends, claimed to understand. The grandson of a slave, he dropped out of high school to become one of the world’s most famous musicians, a showman of incomparable suavity who was as comfortable in Carnegie Hall as in the nightclubs where he honed his style. He wrote some fifteen hundred compositions, many of which, like “Mood Indigo” and “Sophisticated Lady,” remain beloved standards, and he sought inspiration in an endless string of transient lovers, concealing his inner self behind a smiling mask of flowery language and ironic charm.

As the biographer of Louis Armstrong, Terry Teachout is uniquely qualified to tell the story of the public and private lives of Duke Ellington. Duke peels away countless layers of Ellington’s evasion and public deception to tell the unvarnished truth about the creative genius who inspired Miles Davis to say, “All the musicians should get together one certain day and get down on their knees and thank Duke.” 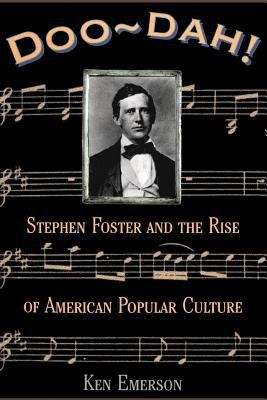 Doo-dah! Stephen Foster and the Rise of American Popular Culture by Ken Emerson

Stephen Foster (1826–1864) was America’s first great songwriter and the first to earn his living solely through his music. He composed some 200 songs, including such classics as “Oh! Susanna,” “Jeanie with the Light Brown Hair,” “Old Folks at Home (Way down upon the Swanee River),” and “Camptown Races (Doo-dah! Doo-dah!).” He virtually invented popular music as we recognize it to this day, yet he died at age thirty-seven, a forgotten and nearly penniless alcoholic on the Bowery.

The author reveals Foster’s contradictory life while disclosing how the dynamics of nineteenth-century industrialization, westward expansion, the Gold Rush, slavery, and the Civil War infused his music, and how that music influenced popular culture. 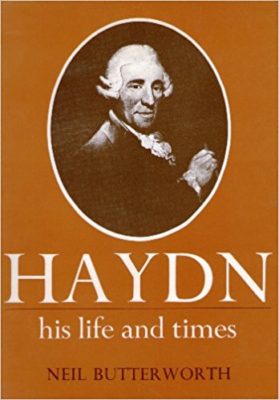 Haydn: His Life and Times by Neil Butterworth

Haydn was born in humble circumstances in 1732. In this fascinating biography, the author traces the rise of the composer from his early years to his death in Vienna in 1809. The mood and atmosphere of the period are re-created by the use of contemporary reports, recollections of fellow musicians, and Haydn’s own letters and diaries. Illustrated with paintings and engravings of the time. 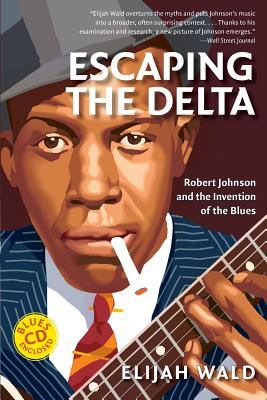 Escaping the Delta: Robert Johnson and the Invention of the Blues by Elijah Wald

The life of blues legend Robert Johnson becomes the centerpiece for this innovative look at what many consider to be America’s deepest and most influential music genre. Pivotal are the questions surrounding why Johnson was ignored by the core black audience of his time yet now celebrated as the greatest figure in blues history.

Trying to separate myth from reality, biographer Elijah Wald studies the blues from the inside — not only examining recordings but also the recollections of the musicians themselves, the African-American press, as well as examining original research. What emerges is a new appreciation for the blues and the movement of its artists from the shadows of the 1930s Mississippi Delta to the mainstream venues frequented by today’s loyal blues fans. 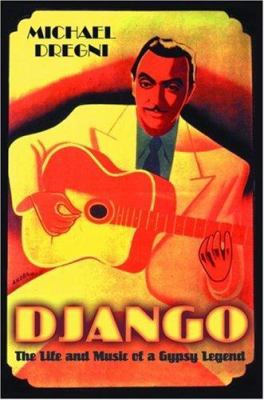 Django: The Life and Music of a Gypsy Legend by Michael Dregni

Django Reinhardt was arguably the greatest guitarist who ever lived, an important influence on Les Paul, Charlie Christian, B.B. King, Jerry Garcia, Chet Atkins, and many others. Yet there is no major biography of Reinhardt.

Now, in Django, Michael Dregni offers a definitive portrait of this great guitarist. Handsome, charismatic, childlike, and unpredictable, Reinhardt was a character out of a picaresque novel. Born in a gypsy caravan at a crossroads in Belgium, he was almost killed in a freak fire that burned half of his body and left his left hand twisted into a claw. But with this maimed left hand flying over the frets and his right hand plucking at dizzying speed, Django became Europe’s most famous jazz musician, commanding exorbitant fees–and spending the money as fast as he made it.

Dregni not only chronicles this remarkably colorful life–including a fascinating account of gypsy culture–but he also sheds much light on Django’s musicianship. He examines his long musical partnership with violinist Stephane Grappelli–the one suave and smooth, the other sharper and more dissonant–and he traces the evolution of their novel string jazz ensemble, Quintette du Hot Club de France. Indeed, the author spotlights Django’s amazing musical diversity, describing his swing-styled Nouveau Quintette, his big band Django’s Music, and his later bebop ensemble, as well as his many compositions, including symphonic pieces influenced by Ravel and Debussy and his unfinished organ mass inspired by Bach. And along the way, the author offers vivid snapshots of the jazz scene in Paris–colorful portraits of Josephine Baker, Bricktop, Louis Armstrong, Coleman Hawkins, and countless others–and of Django’s vagabond wanderings around France, Europe, and the United States, where he toured with Duke Ellington.

Capturing the extraordinary life and times of one of the great musicians of the twentieth century, Django is a must-read portrait of a true original. 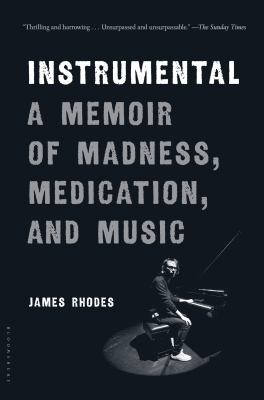 Instrumental: A Memoir of Madness, Medication, and Music by James Rhodes

James Rhodes’ passion for music has been his absolute lifeline. It has been the thread that has held him together through a life that has encompassed abuse, breakdown and addiction. Listening to Rachmaninov on a loop as a traumatized teenager or discovering an Adagio by Bach while in a psychiatric ward – such exquisite miracles of musical genius have helped him survive his demons, and, along with a chance encounter with a stranger, inspired him to become the renowned concert pianist he is today.

This is a memoir like no other: unapologetically candid, boldly outspoken and surprisingly funny – James’ prose is shot through with an unexpectedly mordant wit, even at the darkest of moments. An impassioned tribute to the therapeutic powers of music, Instrumental also weaves in fascinating facts about how classical music actually works and about the extraordinary lives of some of the great composers. It explains why and how music has the potential to transform all of our lives. 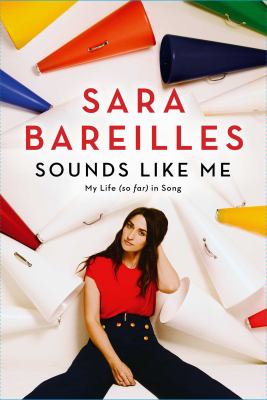 Sounds Like Me: My Life (So Far) in Song by Sara Bareilles

Sara Bareilles shot to fame in 2007 with her hit single; Love Song, and her more recent chart-topping hit; Brave, but her journal as a songwriter started long before. In this candid book of essays, Sara pulls back the curtain to expose her songwriting process, revealing all the struggle and joy inherent in creating great work while staying true to yourself.

Showcasing her stripped down and confessional writing style, Sara’s entertaining and inspirational book tells the inside stories behind her most popular songs and offers insights into finding balance between making art for herself and commercial music for her listeners. 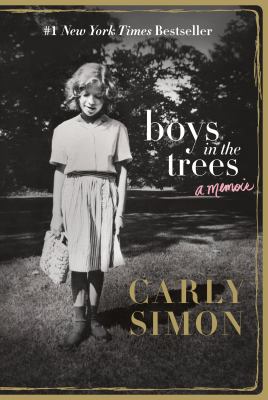 Boys in the Trees: A Memoir by Carly Simon

Simon’s memoir reveals her remarkable life, beginning with her storied childhood as the third daughter of Richard L. Simon, the co-founder of publishing giant Simon & Schuster, her musical debut as half of The Simon Sisters performing folk songs with her sister Lucy in Greenwich Village, to a meteoric solo career that would result in 13 top 40 hits, including the #1 song “You’re So Vain.” She was the first artist in history to win a Grammy Award, an Academy Award and a Golden Globe Award, for her song “Let the River Run” from the movie Working Girl.

The memoir recalls a childhood enriched by music and culture, but also one shrouded in secrets that would eventually tear her family apart. Simon brilliantly captures moments of creative inspiration, the sparks of songs, and the stories behind writing “Anticipation” and “We Have No Secrets” among many others. Romantic entanglements with some of the most famous men of the day fueled her confessional lyrics, as well as the unraveling of her storybook marriage to James Taylor.