“The Black Prism” by Brent Weeks 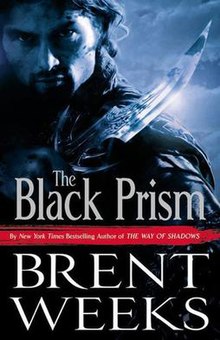 The Black Prism series is a must read for all fantasy lovers. The book is set in a world where being able to see color is everything. The magical system comes from those who are able to see the different shades of color in the color wheel. Sounds kind of lame, right? WRONG! It’s awesome. The story follows Kip, who is the outcast of his town and makes a living with his mom by scavenging old battle grounds. He later discovers he might also have the magical power of controlling color and creating with it.
He then begins his battle for his own confidence and saving his family and newfound friends from renegade magicians and political intrigue.

This book weaves action, adventure and finding out your true potential in great depth.

Brent Weeks is an author who is up there with all other fantasy authors. If you want a fast-paced, epic fantasy, this is a read for you.